When you decide you want to put up a building, you soon have to make another big decision: what kind of building do you want to have built? The options are virtually endless. You can put up a timber frame structure, a building with a concrete foundation and standard drywall, or a prefabricated metal building. While no one building solution is right for every situation, prefab metal buildings do tend to be a great choice. Here are some advantages of choosing this option.

The building goes up quickly

You've probably known someone who had a building built from scratch and was waiting for months for it to be completed. With a pre-fab metal building, there is a lot less waiting involved. Most of the structure is already built before it arrives on your property, so all the builders have left to do is put it up. Pre-fab metal buildings are usually put up in a matter of weeks, which makes them a great choice if you're in a hurry to start using your building.

The building is really durable

Most of these buildings are made from stainless steel compounds which are specially formulated to resist rust and other damage. They won't dent in most hail storms, and they won't blow down in the average windstorm. Some are even made to be hurricane-resistant. This means you won't have to deal with as many repairs over the life of your building.

You can add on easily

Manufacturers of prefabricated metal buildings usually design them to be modifiable. So, if your needs change in the future, you should be able to easily add another room to the building. You could create a wing off the side or extend the building further back. In most cases, you should be able to order metal components in the same color and style as your existing ones. This is much easier than adding on to a custom-made structure.

Because many of the parts can be produced efficiently in factories, and because assembling such buildings is easier than building from scratch, you will typically pay less for a pre-fab metal building than for other types of buildings.

There are a lot of benefits of pre-fab metal buildings. Sure, they may not look as unique or elegant as other types of buildings, but they are affordable, versatile, and easy to have put up. Talk to a contractor to learn more. 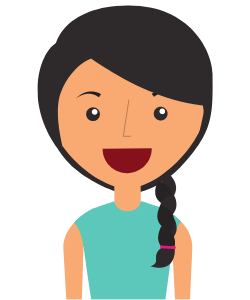 Have you ever felt like contractors and construction workers speak their own language? There is a lot of lingo in the industry, and it can sound very foreign to those who have never worked in construction. This blog won't make you a construction worker, but it will make you more "hip" to the lingo people in this industry use. After reading the articles here, you will feel a lot less "in the dark" when speaking to contractors. This will certainly come in handy if you ever need to hire a contractor or construction worker to do work on your home or property.